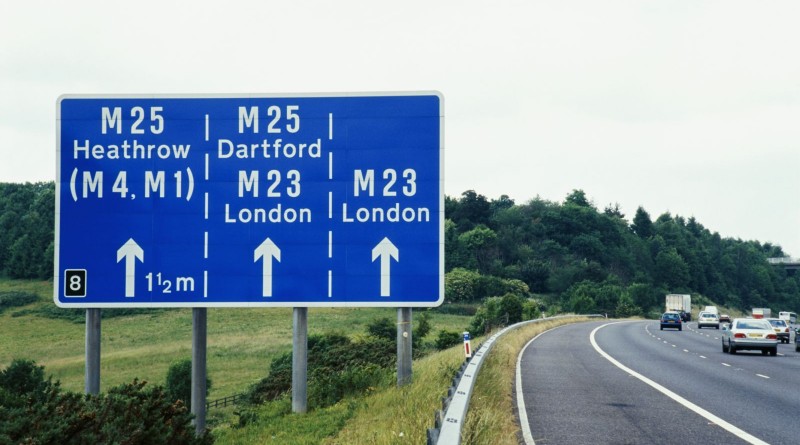 The low-numbered motorways (M1-6) and A-roads (A1-9) are used to cut the country into sections, and other roads take their first digit from the zone they are in.

In mainland Britain, A-roads are numbered on a “hub and spokes” system.

The same applies to the A7, A8 and A9, which centre on Edinburgh.

A-roads located between the A1 and A2 start with a one but get extra digits – for example the A10 and the A131.

Roads which cross boundaries are numbered based on the “furthest anticlockwise zone they enter”, according to CRBD, which has much more detail on the shadowy world of road numbering.

Being Britain, there are exceptions to the rules – so count yourself lucky (or unlucky) you’re not driving on the A-R2D2.

A-roads have one, two, three or four numbers, and generally fewer digits are used for more important roads.

For motorway numbers, England and Wales have one system and Scotland has another.

Assuming you’re already getting bored of this, let’s keep it short: the M1, M2, M3 and M4 poke out from London (quite near the corresponding A-roads).

The M5 and M6 avoid London like the plague and are used to divide the country into a “hub and zone” system – instead of our old friend the “hub and spokes” for A-roads.

Motorways are numbered based on the zones (with, of course, exceptions).

If you’ve made it this far, make yourself a stiff drink (if you’re not driving).

And if you lust for more road knowledge, check out CRBD’s “oddities and anomalies”.

Do the Truck Acts still apply?