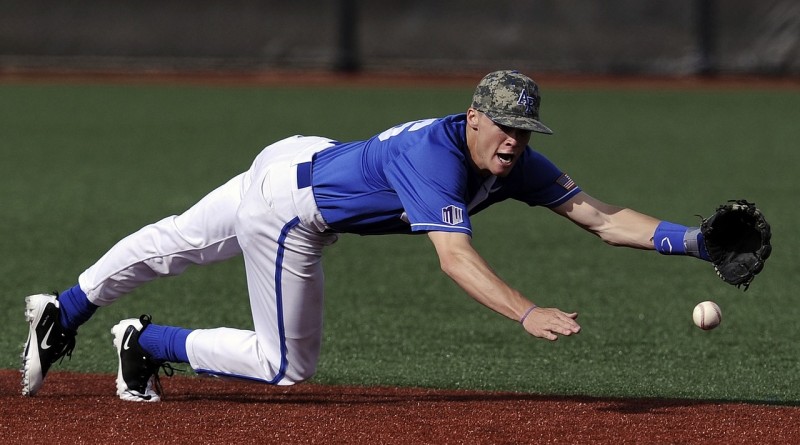 None. There’s no such thing as a curse. Then again…

Many sports teams attribute their failures to curses, though the truth is almost certainly a mixture bad luck, bad timing, bad management and bad play. But some of the curse stories are too much fun to ignore. Here are a few favourites:

NOTE: This article was originally written in 2015. See the 2022 updates below for to see whether the curses have been lifted since the original publication.

The Chicago Cubs baseball team is an old and storied club, World Series champions in 1907 and 1908. Since then, nothing – over 100 years of failure. They are also owners of the best curse story. The curse began in 1945 (why they had been losing for the previous 38 years remains a mystery) when a fan named Billy Sianis was asked to leave a World Series Game at Wrigley Field, the Cubs’ home stadium because – genuinely – his pet goat was bothering the other patrons. Sianis is alleged to have stated “The Cubs ain’t gonna win no more” as he left – and they haven’t. Leading the series at the time, the Cubs fell to Detroit and they haven’t won the World Series since.

Many weird and wonderful attempts have been made to lift the curse: For example, goats have been paraded around Wrigley Field more than once. In 2003, Cubs fans once took a goat to a Houston Astros game, with the express intention of being denied entry, so that the curse would be passed on to the Astros due to their anti-goat sentiments. Goats have been sacrificed by unidentified fans (which presumably reversed any goat-based goodwill built up from the goat parading). Nothing has worked, and the curse has proved stronger than Back to the Future 2’s prediction that the Cubs would finally win the World Series in 2015. Cubs fans take the whole thing very seriously – just ask Steve Bartman.

As a final point – here are some fun coincidences: The ejected goat’s name was Murphy. In 1969, the Cubs looked a sure thing to win it all, before their season fell apart in September – their General Manager was named Murphy. In 1984, they made the playoffs for the first time since 1945, but lost to San Diego at Jack Murphy Stadium. In 2015, the Cubs were one step away from the World Series but lost to a Mets team with a player who, having been decent but unremarkable for his whole career, suddenly became a home run hitting machine. His name? Daniel Murphy.

UPDATE FOR 2022: The curse is lifted! In 2016, the Cubs beat the Cleveland Indians (see Cleveland curse below) 4-3 in the World Series to claim their first title in over 100 years. This ended the longest championship drought in American baseball. Incidentally, that drought is now owned by Cleveland.

The Cubs aren’t the only baseball team who claim a curse. If a baseball team is bad long for enough, it seems, a curse will generally be blamed sooner or later. Honourable mentions go to the other Chicago team, the White Sox, who were apparently cursed after a number of their players allegedly tried to fix the 1919 World Series. The Sox next won the World Series in 2005. The Boston Red Sox also suffered the “curse of the Bambino” after Babe Ruth left them for the New York Yankees. It seems safe to assume their lack of success straight after this incident can be put down to losing the best baseball player in history. The cause of more recent failures is less clear – though the curse was broken in 2004.

From a hundred-year curse to one that lasted just a few weeks: during qualification for the 1970 World Cup, some Australian football (you might know it as soccer) players allegedly hired a witchdoctor to curse their opponents. All was going well, and the team won their next match. Having seen the prowess of the witchdoctor at first hand, the team then made the curious choice of stiffing him on his fee. Perhaps unsurprisingly, the witchdoctor then reversed the curse on to the Australian team, who lost their next match, in part because a number of players fell ill during the game.

The city of Cleveland

This is a particularly harsh curse – encompassing every professional sports team in Cleveland. The Cleveland Browns (American football) have never reached the Super Bowl, let alone won it. The Cleveland Indians (baseball) haven’t won the World Series since 1948. The Cleveland Cavaliers (basketball) have never won the NBA finals – despite having had many years of LeBron James – one of the greatest players ever. Between them, it has been over 150 years without a championship. The ice hockey team were only in town for two years before leaving for Minnesota.

The worst part for the fans is the near misses, the snatching defeat from the jaws of certain victory, the terrible coaching decisions and the awful ownership behaviours down the years. The second-worst part is that nobody knows the reason for the curse.

It has no nice narrative like the goat or the witchdoctor. The only tentative theory put forward seems to be that the Cleveland Indians are somehow being punished for their racist mascot. So perhaps they should get rid of that if they want to win. Or because, you know, just because they have a racist mascot. Apart from this, there are no real suggestions about the origins of the curse. So there’s nothing the people of Cleveland can do to ease their suffering. There’s nothing to be gained by, say, parading goats round the stadium. They just have to wait and hope.

So how’s it looking? Well, the Browns just finished their season at the bottom of their division, winning three of their 16 games. They’ve fired their coach and their quarterback, the great hope of the team has been dropped because he keeps going to parties when he should be training, and then lying about it, and then getting caught. The Indians are better – meaning they are utterly middling. Last season they won one more game than they lost. The Cavaliers are best of all. Normally they would feel they have a great chance of winning the NBA championship. Unfortunately, the Golden State Warriors are on course for the best season in the history of the NBA, so not looking so good there. Never mind Cleveland – at least you’ve got… well, whatever else Cleveland has.

UPDATE FOR 2022: The curse is lifted here too! In 2016, the Cleveland Cavaliers basketball team, led by LeBron James – who by now had returned from Miami to play for the team that drafted him – beat the Golden State Warriors 4-3 in the playoff finals. It was a historic comeback, with Cleveland losing the first two games before roaring back for victory. There was dancing on the streets of Cleveland. Unfortunately, James then left again for the Lakers shortly afterwards, and the Cavaliers have been pretty hopeless ever since.

As for the Cleveland Indians – well, as mentioned above, they lost the 2016 World Series to the even more cursed Chicago Cubs and remain championship-less. On the plus side, they have at least ditched the racist mascot, and now go by the name Cleveland Guardians. They are a decent team with no real sign of winning anything.

Since the initial article, the Cleveland Browns have been on a real journey, bottoming out with a 0-16 season in 2017, before moving towards being a competently run outfit, and even winning a playoff game in 2020. Clearly startled by this progress away from chaos, they appalled many by trading for (and giving an enormous contract to) a quarterback with a slew of sexual misconduct allegations against him, and who is likely facing a lengthy suspension.

Legend has it that when the club moved to their St Andrew’s ground in 1906, they displaced a group of Romani people who placed a 100-year curse on the club. This isn’t a particularly great story, except for the fact that in 1993, then manager Barry Fry apparently tried to lift the curse by urinating in all four corners of the ground, after a clairvoyant (or perhaps just someone with an interesting sense of humour) told him this was the only way Birmingham City would improve their results. I’d have maybe tried changing to 4-3-3 or something, but each to his own.

UPDATE FOR 2022: Nothing much good has happened for Birmingham City since this article was written. The club is currently up for sale and another manager was fired at the end of last season. With a new season looming, new manager John Eustace recently said: “We know that we’re firm favourites for relegation, we know everyone is kind of writing us off.” It appears Barry Fry’s efforts were all for nought. 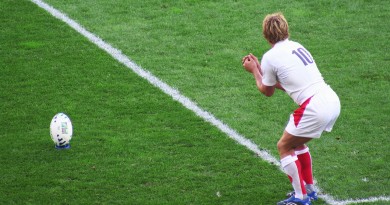 Why is Swing Low Sweet Chariot an England rugby song?