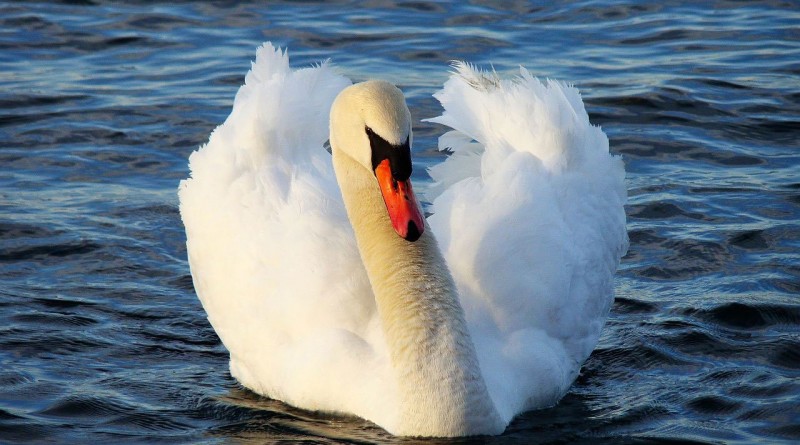 Yes – although this doesn’t mean much in practice.

By tradition, mute swans (the big white ones) swimming in open water belong to the British monarch.

Today, the royal website says, the Queen “only exercises her ownership on certain stretches of the Thames and its surrounding tributaries”.

Swans used to be a favourite food of British royals and gentry, but as they’re no longer eaten the royal ownership amounts to the annual “Swan Upping” – a census on part of the Thames.

Going back even further, the BBC says: “The Crown claimed ownership of all the mute swans in England and Wales in the 12th Century, primarily to stop commoners depriving the royals of a favourite banqueting dish.”

After that, anyone caught stealing swans was “severely punished”.

You might think crimes against swans could still earn you a stretch in the Tower of London.

But in fact there is no special offence of harming swans – it’s covered by the same law that makes it illegal to kill, injure or take any wild bird.

The Queen has similar rights of ownership over sturgeon and whales, although her recipe for sturgeon, whale and swan casserole remains a secret (or indeed something we just made up).

Do the Truck Acts still apply?